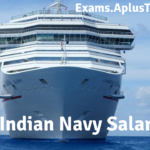 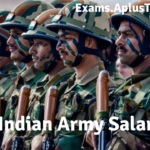 Indian Army Salary: Indian Army is one of the largest Defence systems of India. It is a land-based branch of Indian Armed Forces. Getting a job here is not an easy task. Candidates have to go through a number of rounds to get selected for Indian Army Jobs. But once the candidate is selected for the Indian Army job, it will be a matter of honour and pride for those individuals … END_OF_DOCUMENT_TOKEN_TO_BE_REPLACED