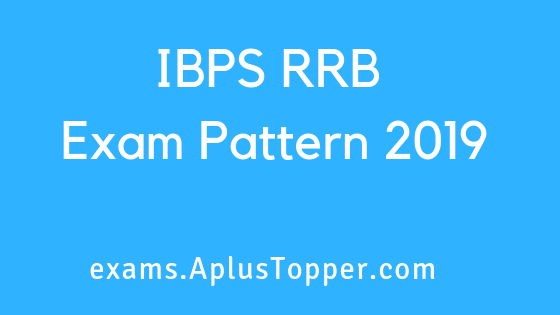 IBPS RRB Exam Pattern 2019: The Institute of banking personnel selection commonly known as IBPS organizes IBPS RRB exam for IBPS RRB officer of scale I, II and III. This test is called a common written test and is held for the recruitment of office assistant and officers scale post in RRB. There are two phases in which the online exam of IBPS RRB 2019 will be conducted. These are the main phase and preliminary phase.

Find Out Everything About IBPS RRB 2019

IBPS RRB has released recruitment for the following posts:

There are three processes involved in the selection criteria of the IBPS RRB 2019 officer scale I selection.

Here we tried to give complete information about IBPS RRB Exam Pattern 2019, Candidates can also check IBPS RRB Syllabus for the post they are applying.