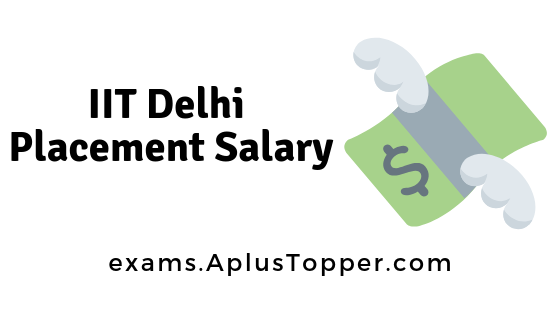 IIT, the Indian Institute of Technology, is the dream of almost every engineering aspirant. It is one of the status symbols nowadays. Parents want their children to be trained in the middle school itself, and they send their kids to coachings and boardings. The Bansal Coaching in Kota is the hub for the IIT aspirants. The single reason behind these is the IIT placement salary. And why not? After all the ultimate aim of everyone is money. So why not struggle a little initially, to live a life of luxury later. The initial package hit by any IITian is more than the 5 years salary of any engineer studied from a normal college.

Initially, the fees structure of IITs was very less. However, nowadays, the fees have increased a lot more than other institutes and universities. Still, it carries its own standards and the amount you pay as fees are reverted to you in the form of remunerations you receive after the placements.

IIT Delhi is one of the renowned engineering institutes in India. It ranks 5th among the topmost IITs. It has a placement cell which is responsible for inviting various companies, providing them with administrative help, and tying up with the student coordinators for conducting tests and interviews for the placements. They coordinate with various companies and assist the students for summer training programmes as well.

IIT Delhi has received over 225 placement offers this year, which is about 10% more than the last year. More than 350 companies across the globe, have intended to recruit the students from IIT Delhi, till date.

An Overview of the Placement Packages 2018 at IIT Delhi

The IIT Delhi Department of Management Studies has completed it’s placements for 2018 with an average package of Rs.16.54 Lacs. Over 56 recruiters visited the institute this year offering a total of 102 jobs to about 91 students. Around 25% of students were given pre-placement offers (PPOs). Sales and Marketing accounted at 30%, IT and consulting at 29%, while finance and general management at 21%. 27% of the total recruitments were for leadership roles.

The top recruiting companies at IIT Delhi this year include Intel, Goldman Sachs, Microsoft, Samsung research, and EXL, Intel offering the highest number of offers. About 35% students were placed in the Core (Technical) sector, 27% in IT, 9% in Analytics, 8% in Finance, 7% in Consulting, 1% in Public Sector, and 1% in Teaching and Research. The highest number of students were placed in Textile Engineering.

Such a high percentage of placements and packages is a magnet to a lot of students. They crave for IITs. The entrance exam is such a hard nut to crack. The students work day and night for that IIT tag. It adds stars to one’s Curriculum Vitae. An IITian is looked on as an extraordinary being. He is super groomed and way beyond any other student. Delhi being a happening city, IIT Delhi is the dream institute of every student. An IIT graduate is a complete package in himself. Such wonderful salary packages are the outcome of their dedicated lives.

“Once an IITian, always an IITian.”