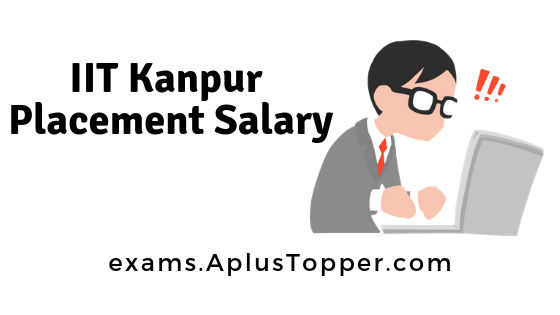 IIT Kanpur is ranked amongst one of the best IITs in India. It has the best Training and Placement Cell and offers the best placements among all the IITs. IIT Kanpur provides quality technical education, excellent teaching, research and governance to its students. The Students’ Placement Office (SPO) is managed by an efficient team of students and staff which works really hard to attract the topmost industries and organizations to the campus.

In December 2017, the placement percentage recorded was 77%, the highest among all the IITs. Every department has observed more than 80% of the students being placed. 100+ students have received CTC more than Rs. 25 lakhs. A total of 219 firms participated in the recruitment drive, including 21 international firms. Microsoft, Uber, Rubrik, Samsung, RV Capital Management, etc. made recruitments at IIT Kanpur. There was an increase of 31% in the core jobs and 82% in the research-based jobs. Let us have a look at the placements at IIT Kanpur.

An Overview of IIT Kanpur Placements 2017

The placements at IIT Kanpur are always higher than the previous year. It has the best lot of students from across the country. It is said that the highest rankings get the best IITs, and IIT Kanpur is one of them. That is why it encounters the highest number of placements and packages every year. According to the placement statistics 2017, the average CTC for the international offers was 81.59 lakhs, while the overall average package was 15.8 lakhs.

The IIT Kanpur alumni have created its roots in the companies they were recruited by. This is what attracts the recruiters more. The academic performances, the leadership qualities, and their dedication towards work are all a recruiter desires for, and an IITian has all that. All their hard work pays in the form of the salary packages. It is an honor to be called an IITian, and the Kanpur tag makes it even more honorable.