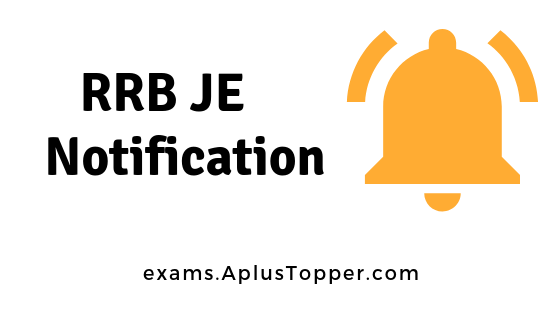 RRB JE 2019: RRB JE is a post of supervisor in the Civil Engineering Department of Railways. Every year there are a number of selections for Junior Engineer (JE), Junior Engineer (IT), Depot Material Superintendent (DMS), and Chemical & Metallurgical Assistant (CMA). Railway Recruitment Board, RRB has released notifications for fresh recruitment. Under the Central Employment Notification, CEN 03/2018.

The notification for the year 2018-19 has been released with a total of 14,033 vacancies. The vacancies might increase or decrease later. However, the dates are not announced yet. Following are the details for the RRB JE notification 2018-19.

RRB canceled Bhubaneswar JE computer-based exam conducted between May 25, 2019, to June 2, 2019.  Candidates are re-scheduled to reappear for stage 1 CBT.

18th May: The RRB JE Admit Card for those candidates who have an exam on May 22nd is released. Click on the direct links below to download your RRB JE Hall Tickets.

The RRB JE Recruitment test is conducted in three stages

The admit card is made available on the regional website of RRB, 10-15 days before the examination.