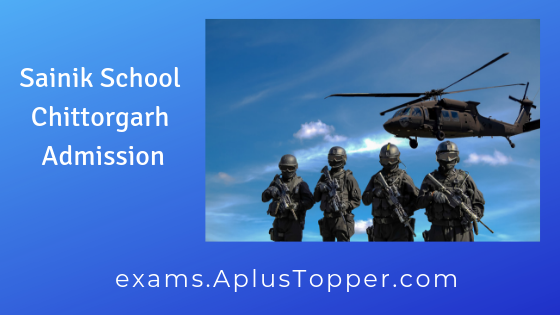 Sainik School, Chittorgarh, was established on 7th August 1961 and is one of the first five Sainik Schools started in various states by the Ministry of Defence in association with respective State Governments under the aegis of the Sainik School Society. The aim of Sainik School is to make candidates strong academically, physically and mentally, so that they get the entry in National Defence Academy.

Sainik School Chittorgarh Admission procedure has already been done for 2019 and results have been announced by the organization. To get admission, the candidate has to go through a written examination followed by Interview and Medical Examination. Sainik School gives admissions to boys in classes 6th and 9th. All India entrance exam for Sainik School admission is conducted every year on the month of January, at various states of Rajasthan.

Below are the important dates for All India Sainik School Entrance Examination 2019.

How to Apply for Sainik School Admission?

For Class 6th (Hindi or English)

There are few scholarships provided by the organization for the boys. They are;

You can get the latest update on Sainik Schools Chittorgarh admission and procedure on its official website.

For any query related admissions, please mention your comment at the end of this article.