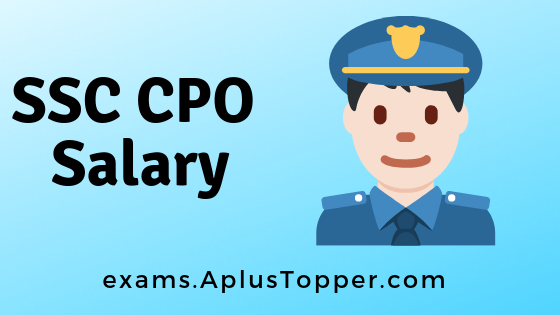 Staff Selection Commission Central Police Organization makes multiple recruitments, such as Sub-Inspector for Delhi Police, Sub-Inspector in Central Armed Police Forces, and Assistant Sub-Inspector in Central Industrial Security Force. It is a powerful body entitled to such reputed and Grade I jobs, with good remuneration. The examinations for the year 2019 selections had been held the last year. A number of 1223 vacancies were declared this year for the SSC CPO examination.

The salaries for all the posts have been revised as per the 7th pay commission. Let us have a look at the remunerations for 2018.

Along with the salaries, an SI and ASI also receive various allowances and benefits, and the salaries during their training are pretty handsome. Let us have a look.

There are a number of posts that lie under SSC CPO, and every post is assigned the essential duty of maintaining law and order throughout the country. Let us have a look at the dignified posts and the roles assigned to each of them.

Everyone wants to grow to a higher level, and the growth is directly proportional to the amount of hard work one puts in. An assistant sub-inspector takes at least 7-8 years for their first promotion. While a sub-inspector takes 15-18 years to become an inspector, and at least 12-15 years to attain the post of an ACP. An SI in CAPF and BSF has to clear a written examination for promotions.

SSC CPO provides reputed jobs to many aspirants throughout the country. An inspector is considered to be a power, and people crave for it. Undoubtedly, one requires a lot of guts and hard work to maintain this stature. After all, earning money at the expense of your own life is not at all an easy task. There are no days, no nights, no holidays, no outings. They rarely meet their families and are always up for the nation. It is indeed a matter of pride for the families. SSC CPO not only uplifts your living standards but also uplifts your status in the society.